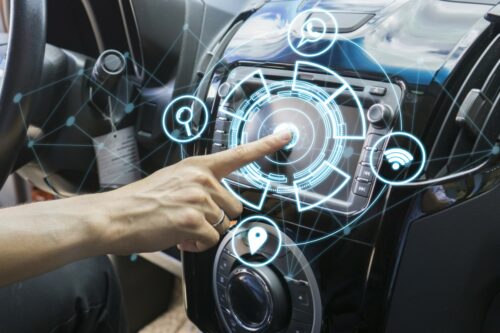 In the digital age, the vision of autonomous vehicles (AVs) is vibrant. Research is being conducted worldwide to integrate AVs into our everyday lives in the future, spending considerable amounts of money in the development process. Actors from both engineering as well as social sciences are involved in this research, with technical disciplines strongly dominating. In addition to perceived progress of numerous newly developed technologies such as AVs, challenges should also be referred to. According to research analysis, the transferability of autonomous cars to the military sphere seems to be frequently forgotten or ignored (dual-use). Generally, autonomous vehicles or developments derived from civilian research are deemed to have a military applicability, even though the transmission often does not appear to be identifiable at first glance. Technical peace and conflict research examines which technological aspects for autonomous driving may be applied in the military sector, and which developments should therefore potentially be monitored more closely by the research community and policy makers.

Since not much research has been conducted in Germany on the potential deployment of autonomous driving development steps into military domains, 25 semi-structured interviews with developers and researchers and actors involved in the field, were conducted in 2020. Consequently, two papers were derived from the data obtained.

Overall, it seems that issues in the development of AVs are currently not in the focus of research. Therefore, further research could be conducted in this areas and awareness raising measures shall be initiated in the different development processes. Furthermore, the transfer to the military sector requieres critical examination and an increased monitoring.

This research work has been funded by the German Federal Ministry for Education and Research (BMBF) in the Regional Research Center “Transformations of Political Violence” (TraCe) (01UG2203E) and by the German Federal Ministry of Education and Research and the Hessian Ministry of Higher Education, Research, Science and the Arts within their joint support of the National Research Center for Applied Cybersecurity ATHENE.

Vision or Threat? – PEASEC publishes study on the Awareness for Dual-Use in the Development of Autonomous Driving in IEEE Trans. Tech.+Soc.